The Society's AGM will be held in the Augustine United Church
41 George IV Bridge
Edinburgh, EH1 1EL
On Monday 16th June 2014, at 7pm

The President, Professor Ian Robson, will be in the Chair.

Only Fellows of the Society may attend and be present at this part of the evening's proceedings.

On the conclusion of the AGM, by 7.30pm, visitors and guests will be invited to join us for the Society's Annual Members' Evening. 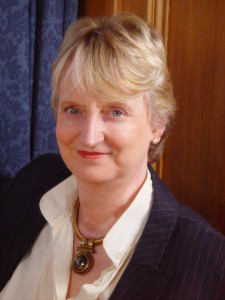 "Scottish Contributions to the Scientific Revolution"

The Scottish Enlightenment and the great Scots associated with it have received a great deal of much-deserved attention over recent years. The period which preceded and underpinned this has, however, been much less investigated. In this talk we will look at the melting pot of paradigm change that was the scientific revolution and at the contributions of some of the notable Scots who played a vital role in it.

Jane Ridder-Patrick has a PhD in History from the University of Edinburgh, and has a special interest in the History of Science. Her first degree was in Pharmacy from Heriot-Watt University and she also has a qualification in Counselling from Strathclyde University. Jane has been Secretary of the Royal Scottish Society of Arts for the last ten years.

Members of the public are welcome to attend this lecture.

After the lecture there will be a reception where wine, soft drinks and nibbles will be served and all are invited to take up this opportunity to meet and mingle with Fellows and guests.