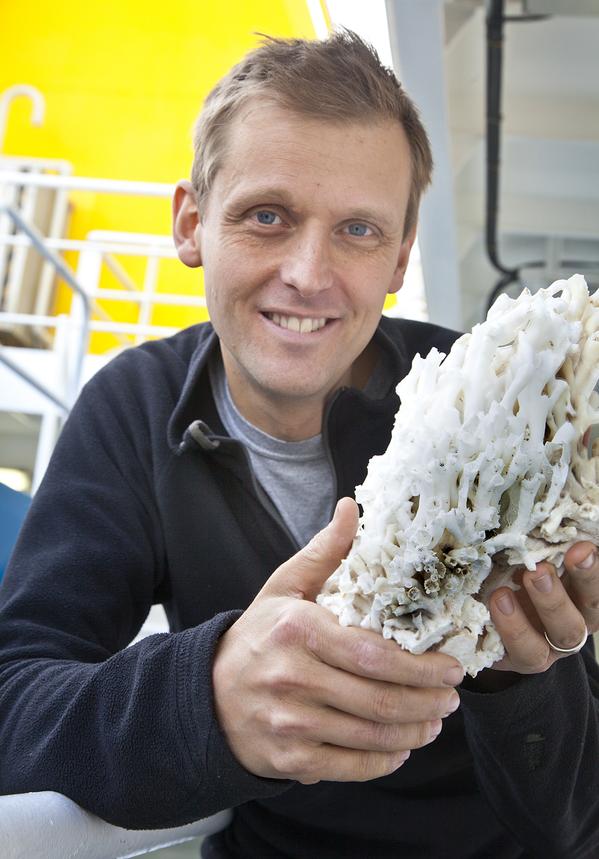 Scotland’s seabed includes the vast majority of the UK’s deep ocean habitats including vulnerable cold-water coral reef ecosystems such as those off the island of Mingulay in the Outer Hebrides. Since it was discovered in 2003 the Mingulay Reef Complex has been focus of a number of interdisciplinary partnerships to map habitats, decipher reef accumulation rates, understand local hydrodynamic controls, assess spatial patterns in biodiversity and examine how vulnerable these habitats may be to global climatic change. This talk will review research at Mingulay over the last 12 years setting the results in a wider context and examining how emerging technologies, including the increased use of smart autonomous systems, will have a vital role to play in understanding and long-term monitoring of cold-water coral habitats in the future.

Murray Roberts is Professor of Marine Biology and Director of the Centre for Marine Biodiversity & Biotechnology at Heriot-Watt University. He studied Biology at the University of York before completing a PhD at the University of Glasgow examining nitrogen cycling in the Anemonia viridis symbiosis. Since 1997 his work on cold-water corals and deep-sea biology has taken him to sites off the UK, Norway, Ireland and the SE United States. Murray is senior author of the ‘Cold-water Corals’, the first book covering the biology and geology of these important deep-sea habitats, a contributing author to the Intergovernmental Panel on Climate Change (IPCC) 5th Assessment Report and co-lead editor of a 2014 United Nations Convention on Biological Diversity report on ocean acidification. He is an Honorary Research Fellow at the Scottish Association for Marine Science and Adjunct Faculty at the University of North Carolina Wilmington where he was a Marie Curie Fellow 2007-09. He co-ordinates marine and environmental science activities for the Lyell Centre for Earth and Marine Science and Technology. The £20m Lyell Centre is a new collaboration with the British Geological Survey due to open on Heriot-Watt’s Edinburgh Campus in 2016.